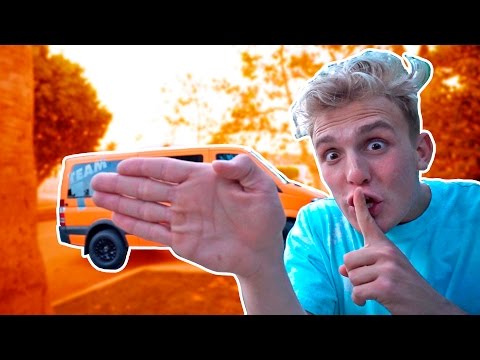 Jake Paul was only in high school when he decided to drop out in order to follow his dream of becoming a famous YouTube star. This well known YouTuber dropped out of high school but still received his diploma through online school once he arrived in Los Angeles.

While he was in High School, he used to work for a landscaping company and received $10 per hour but eventually quit in order to pursue his career in YouTube.

2) Snuck inside the White House

Jake Paul snuck into the White House in Washington D.C to film a YouTube video and spent the entire night there. He snuck past the security guards and made it inside where he camped out in one of the restrooms. He filmed his whole experience and his video about this is called “White House Overnight Challenge.” In a later video, Jake Paul says that the secret service saw video footage of him and tracked him down. They called him in for an interview to see if he was a threat or not, but then released him once they realized that he is not a threat and only wanted to create a YouTube video for his fans.

Jake Paul was a well-known wrestler at his previous high school which was Westlake High School in Ohio. Jake was very good at wrestling and won many competitions. During High School, Jake would work out in the gym frequently to strengthen his body and become a better wrestler. But, Jake Paul began to not have enough time for wrestling after making his Vine account in September of 2013 and started uploading his videos so he decided to quit wrestling.

Jake and Logan Paul may appear to have a wonderful and lavish life but they did not have it as easy in the past when they were growing up. His parents began to argue and fought frequently which was tough for these two brothers to watch. After a while, their parents decided to get a divorce which made the boys sad but they realized that the divorce was a better option compared to hearing their parents arguing all the time.

Besides just being a YouTuber, Jake Paul is also a Businessman and has his own company called TeamDom. This company has raised a large amount of money such as raising over one million dollars in order to provide members of Team 10 with enough money to buy a house in Hollywood. Jake Paul was only 19 when he raised this much money which also helps find new people to hire, promote influencer products, and create new videos or TV shows.

[…] are college dropouts, and some didn’t even finish high school such as MrBeast, Pewdiepie, and Jake Paul. Many of these Twitch streamers and YouTubers are people who dropped out or never went to college, […]