7 YouTubers Who Have a Daily Vlog 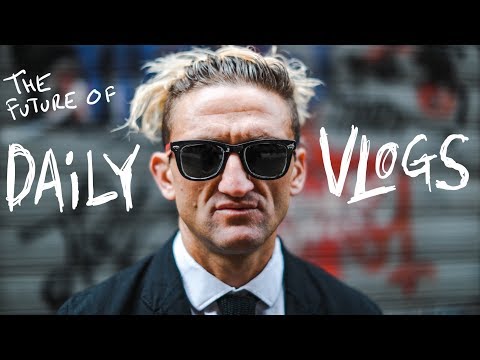 Today, many YouTubers do not produce daily vlogs due to the serious commitment and hard work that daily vlogging requires. A daily vlog means that the YouTuber has to upload a video every single day for their subscribers to watch and not skip any days. Although this may seem impossible and that it requires too much work for an individual, there are some YouTubers who have an excellent team behind them which allows them to produce videos every day for their subscribers to watch.

Roman Atwood who is well known for his channel on YouTube based on his family which includes his girlfriend, daughter, and sons. Atwood is also popular for his entertaining pranks that attract a large audience because they are very fun to watch. His channel is dedicated to his personal and family life while spreading a positive message to all who watch. He has two channels, one being his prank channel and the other being a channel for his daily vlog. Roman Atwood has over 14 million subscribers to his daily vlog YouTube channel.

Mo Vlogs is another popular daily vlogging YouTuber and has almost 5 million subscribers. Mohamed Beiraghdary was born in Dubai, United Arab Emirates. He goes by the YouTube name Mo Vlogs and uploads a vlog every day on his YouTube channel. He started his YouTube career as a gaming YouTuber but was not very successful. So he then created a new vlogging channel in 2013 called Mo Vlogs. Most of his videos feature luxury and sports cars which attract thousands of viewers. Mo Vlogs creates a daily vlog for his 4.9 million subscribers to watch.

Tanner Fox is a famous daily vlogger who is also an excellent scooter rider. He grew up in San Diego, California and has been uploading videos since he was young. When he was 11, Tanner got caught filming and uploading to YouTube which resulted in him getting expelled from his private Catholic school. His videos include pranks, challenges, funny moments and much more.

Casey Neistat quit daily vlogging after he sold his company to CNN.

MoreWolfie is another daily vlogger who is also a member of the Cloutgang. Wolfie posts daily vlogs to his second channel called MoreWolfie.