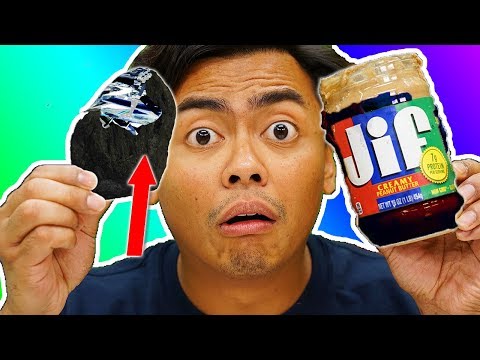 Guava Juice and Jay Versace are two names that would rarely be put in the same sentence. However, if these comedy YouTubers were to collaborate, they would bring two completely different yet similarly inclined audiences together.

Guava Juice, real name Roi Fabito, has a channel with 10 million subs and over 4 billion views. Formerly known as Roi Wassabi, he gained popularity through a collaboration channel that was founded in 2006. While working with Alex Burriss, the other half of Wassabi Productions, he produced a viral “Call Me Maybe” parody that garnered almost 130 million views. Now on his own channel and under the name of Guava Juice, he features challenges, DIY, experiments, and gaming videos. To date, he has done over 60 challenges that have a reputation of being funny and gross, but overall safe. His channel is spoken well of by parent review websites, and he is thought to be an overall family friendly YouTuber.

On the other hand is Jay Versace, a decidedly not family friendly YouTuber with around 722,000 subscribers. Jay is most well known from Vine, where he had millions of followers and billions of views before the platform shut down. He moved to LA to pursue traditional acting when he was 18. Now 20 years old Jay is worth around $700,000 and caters to a more mature audience. In late 2016 he came out as queer, unwilling to put a label on his sexuality. This move has been criticized, though. Shortly after coming out he supposedly started drama with Princeton Perez over the latter’s sexuality.

Honestly, there aren’t really a lot of similarities between these two YouTubers. However, this opens up a unique opportunity to bring two comedy-loving audiences together. This may cause some controversy. Guava Juice has largely family friendly content while Jay Versace is often criticized for his extremely profane videos. They both have a good sense of humor, though, and together they could make a hilarious skit video.

Seems like the campaign you are looking for doesn't exist yet.