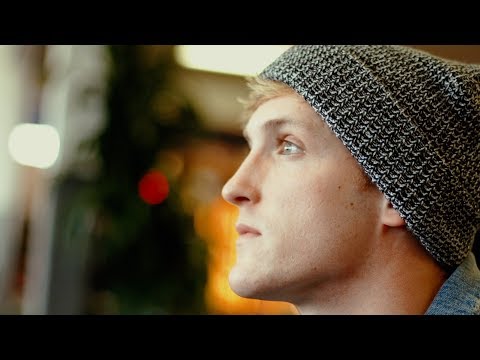 After making an extremely large mistake by uploading a youtube video with sensitive content, Logan Paul has finally returned to the platform by uploading a video to his channel for the first time in about 3 weeks. For a creator with a daily upload streak of over 450 days on YouTube, this was a really big deal that he was gone for so long. The video Logan mistakenly uploaded to youtube earlier this month included graphic video footage of a suicide victim in the Japanese Suicide Forest.

The internet took this incident very seriously and was very angry with Logan, feeling as if he should not be forgiven due to his insensitiveness. He lost his YouTube Red shows as well as getting his revenue on Google Adsense cut in half so he lost a large amount of money. In other words, he will only be making half of the money he would have normally made before on Youtube prior to this event.

Throughout his newest video, Logan talks about how strongly this situation has impacted the way he thinks about suicide. Logan also sits down with Kevin Hines who is a suicide attempt survivor who tried to take his life at the age of 19 on the Golden Gate Bridge. Kevin told Logan his story and educated Logan about why suicide is a topic that needs to be talked about and raise awareness for suicide prevention. Due to this, Logan made the decision to donate $1 million to various suicide prevention organizations and dedicated his entire video to raising awareness about suicide. He chose to donate the first $250,000 to go to the National Suicide Prevention Hotline. This hotline provides free confidential support for individuals who are suffering and need someone to talk to and is also available 24/7. He donated a large amount of money to the organizations to help prevent suicide and to show how he is dedicated to helping raise awareness after making this large mistake that he is very sorry for.

Although this horrific event has upset the internet greatly, it has raised a lot of awareness for suicide prevention and shown how serious the topic is. Many celebrities and other YouTubers have used this event as an opportunity to take part in educating their audiences and making donations to charities regarding mental illnesses and suicide. Logan has turned his mistake into a learning experience, and will hopefully continue to spread positivity and awareness for suicide prevention.

Scare Pewdiepie 2 Not Set For Release, but Logan Paul’s Show is