Many YouTubers are very generous individuals who donate portions of their own money or raise money for charities or organizations to help people in need. YouTubers who have large fanbases raise the most money and are even more motivated to help charities in need because they know that can positively influence their fans to be generous as well.  Also, YouTubers have a powerful influence on their fans which increases the likelihood of them donating to charity because they adore the YouTuber and want to make him/her happy. For example, many can influence their fans to donate money to charities by including an incentive for their fans if they donate such as a prize or meet and greet with the famous YouTuber. By doing this, numerous famous YouTubers have raised millions of dollars for charity. Some of these charitable YouTubers are mentioned in this article and also in the previous article about YouTubers donating to charities.

Famous YouTuber Connor Franta recently donated over 230,000 dollars to the organization called The Thirst Project. The purpose of their charity is to raise awareness about the lack of clean water supply in other countries. Also, the organization raises money to help pay for new wells to be built. These wells give safe water that can be provided to the people who need it. Society members need clean water in order to stay alive and healthy. This is The Thirst Project’s motivation for making sure that clean water will be provided. Connor Franta raised this money in celebration of his birthday. He created a contest where the winner would get to have coffee with him. This motivated his supporters to donate so they could get entered to win his contest. In conclusion, the charity The Thirst Project benefited greatly from Connor Franta’s donations by providing them with money to help build new wells so people can have clean water.

One of the largest fan streams consisting of 17 different YouTubers gathered together for Easter Eggs For Charity (EE4C.) All of the participating YouTubers were Call of Duty Zombies players and had to compete against each other by going through Black Ops 3’s zombie mode to search for Easter Eggs. This gaming stream raised over $100,000  for St.Judes. They did this in less than 7 hours with over tens of thousands of viewers watching the stream. The money raised from this stream will help St.Judes Children’s Hospital keep striving towards finding treatment for children with cancer and other life-threatening diseases. This hospital costs about $2.4 million a day to run. So, any donation whether being small or large help to provide resources to find a cure.

PewDiePie – Save the Children

The organization called Save the Children works towards providing children with the required resources to have a healthy lifestyle, can receive an education and protection from harm. This charity dedicates its work to improving the lives of children who need it the most. Also who rely heavily on donations to achieve their goals. Famous YouTuber PewDiePie raised over $630,000 for Save the Children in two months. His initial goal was $250,00 but quickly reached that goal in just three weeks. Then the donation total kept increasing and raised over $630,000 by the end. PewDiePie’s donation helps this organization immensely. His donation helps them supply children the resources that they need to live a happy and healthy life. Charities like Save the Children benefit greatly from donations given by YouTubers. This is because YouTubers help them improve the lives of children.

YouTubers Who Own Their Own Beauty Brands

YouTubers do not get the credit that they deserve when it comes to their hard work. Not only are they expected to come up with creative content every week, but they are also mocked for the “easy” jobs 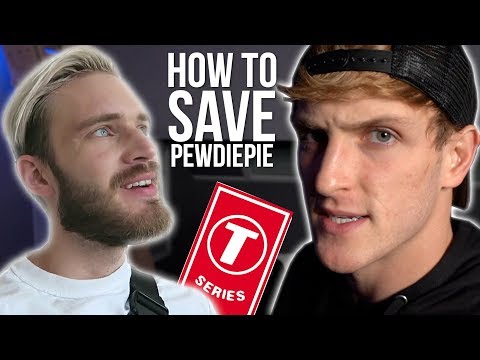 The Attempted Collab of Logan Paul with PewDiePie

Many creators have come together to help Pewdiepie stay the most subscribed channel on YouTube. The frustration creators have against big corporations and the love of memes and jokes has convinced a l