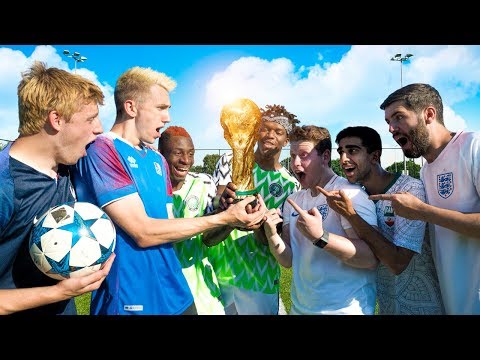 Many channels on YouTube include various YouTubers who create videos together and are called “teams, gangs, clans” and others. These groups of YouTubers are very popular and create very entertaining videos together. In this article, you will read about 16 different teams including gaming, comedy, and many more.

This social media team is run by Jake Paul and is referred to as “Team 10.” The team is made up of many different members including Tessa Brooks, Chance Sutton, Jake Paul, Emilio Martinez, Ivan Martinez, Anthony Trujillo, Alex Lange, Nick Crompton, Chad Tepper, Justin Roberts, Kade Speiser and Thomas Petrou. Jake Paul created this team to help turn influencers into famous stars which have been very effective. These influencers and members collaborate and create videos together to promote each other and gain more popularity. They teach members how to create and produce content that will help

This famous YouTube team is a gaming team who competes against each other in games such as Call of Duty, Overwatch, EA Sports’ FIFA tournaments, Black Ops 2 and Counter-Strike: Global Offensive. First, this team started out by just playing the video games and making videos but in 2012 the team decided to start competing. FaZe members include FaZe Banks, FaZe Blaziken, FaZe Apex, FaZe Adapt, FaZe Rug, FaZe Censor, and FaZe Rain. Members then started creating vlogs and other entertaining videos to increase their fame and are now very successful.  They now own several mansions in LA where members live and create videos, practice for tournaments, create merchandise and branding deals, and more.

This group of friends who are referred to as “Clout Gang” create vlogs and other videos together. This group was formed by RiceGum who is well-known for his diss tracks against other YouTubers. Other members include FaZe Banks and Alissa Violet. This team was started in response to Jake Pauls creation of Team 10. Their purpose is to provide influencers with the skills and other needs to help the aspiring star increase their popularity and become famous. Lastly, just like Team 10, Clout Gang even have their own house with many empty rooms waiting for new members.

This group of seven British YouTubers called The Sidemen create videos which are all related to the game FIFA. Once they started becoming popular, they started hosting their own events such as appearing at popular gaming events. Members of The Sidemen include miniminter, KSI, Behzinga, Zerkaa, wroetoshaw, TBJZL, and Vikkstar123. All members of the group are friends with each other and produce other videos than FIFA videos such as funny moments, wacky races and many more entertaining videos. Their team is very successful and has a huge fan base that continues to grow.

Just like FaZe clan, Optic is another gaming team started from uploading call of duty clips to youtube.  The team started entering tournaments and gaining publicity and started to blow up on YouTube.  One of the most popular gamers on the team “Optic Scump” has over 2.3 million subscribers on YouTube and creates gaming videos every day.  He lives in a house with some other Optic members including BigTymer, Hitch, Flamesword, Pamaj, and more.  The controller company “Scuff,” rewarded the team with this house after successful several years of sponsorships.  The team is very lucky to have this house to grow, practice, and create awesome content together.

This team is run by Vanoss and consists of many members. His team is referred to as the “Vanoss Crew,”  “Banana Bus Squad” and even “Team 6.” The group of people formed their team as a parody in response to Jake Paul’s “Team 10.” Their content includes playing various games and having fun with friends.

The Pack is a team of Minecrafters who record themselves playing the game. This team includes  MrWoofless, PrestonPlayz, Vikkstar123, Lachlan, JeromeASF, and BajanCanadian. They record together on a daily basis and include Minecraft mini-games, How to’s, maps and funny moments.

GamerShore consists of a group of streamers who all moved to LA to collaborate on projects. Unfortunately, Their first stream was unsuccessful. The group consisted of TmartN, MuzzaFuzza, Syndicate, Jericho, and GoldGlove. This team fell apart after not being able to gain popularity.

The Z House consists of gamer YouTubers who call their group “The Zombies YouTuber House.” The gamers were Call of Duty players. Their YouTube channel consists of games, skits, Q & A, House Tours and many more.

Team Kaliber was founded in 2013 for the Call of Duty: Black Ops 2 season but they now feature many other video games. Their team’s goal was to build a team off of the ethics of loyalty, teamwork, and dedication. Team Kaliber recruited members who they thought would be dedicated to the values of the team. This team is very successful and has many sponsors such as GFUEL and KontrolFreek.

The Vlog Squad is featured on the YouTube channel of David Dobrik. The team consists of famous Viners who now create videos together after the shut down of Vine. They even won a Shorty Award for YouTube Ensemble.

Dude Perfect is a group of friends who create trick shot videos on YouTube. This group consists of Cory Cotton, Garret Hillbert, Tyler Toney and Cody Jones. Their channel is extremely popular in the “Sports” category on YouTube. Also, the channel has different series called Stereotypes, Battles and Face-Off.

The Dobre Brothers consist of Lucas and Marcus Dobre. The brothers create videos with their siblings Cyrus and Darius. Their content includes break dancing, comedy skits, and gymnastics. They were even members of Team 10 but then left the house to move back to Maryland be with their families. Now, they are back in L.A and are very successful.

Team Alboe is a group of YouTubers who create challenge videos. The group consists of comedic personalities on YouTube. The term ALBOE stands for A Little Bit of Everything. Members include DavidParody, ChadWithaJ, Itsyeboi, Ryan Swaze and Daniel Haye.

NELK is a team consisting of 3 young pranksters. Their group formed in 2010. The three members consist of Jesse Sebastiani, Kyle Forgard, and Lucas Gasparini. The group is most popular for their prank on LAPD where they led the officer to believe that they had Cocaine in the back of their SUV. This video gained a lot of attention and NELK became very popular.

TSM is an eSports team popular for playing different video games such as League of Legends, Super Smash Bros, and Fortnite. The team attends many different events and participates in matches. TSM is a very successful group and wins many championships.

These successful YouTube groups are continuing to become more popular each day. Two YouTube groups that could collaborate together would be Optic and FaZe Clan. These two teams are gaming YouTubers who focus their videos on gaming tournaments and other interesting videos. In their video, they could compete against each other or play together which would attract the attention of both of their fanbases. In conclusion, Optic and FaZe Clan would create an awesome collaboration video together and would be very entertaining to watch. What Teams would you like to see collaborating with one another?